On the day after SDKU members began talking about publicly changing leadership, KDH members began publicly leaving the party after apparently failing to produce a leadership change. I will leave this to others to discuss in detail, but do here what I am prone to do: offer rather facile quantitative evidence of qualitative developments. In this case, I offer a numerical view of the popularity of the departing KDH members. Of course ballot position plays a role as well (as voters tend to tick off candidates in order going down)., and so any meaningful assessment requires a comparison to the baseline effects of ballot position. Full data is below but for clarity, I present the following two graphs which in different ways show the same thing: that the departing deputies were neither significantly more nor significantly less popular than those who stayed. 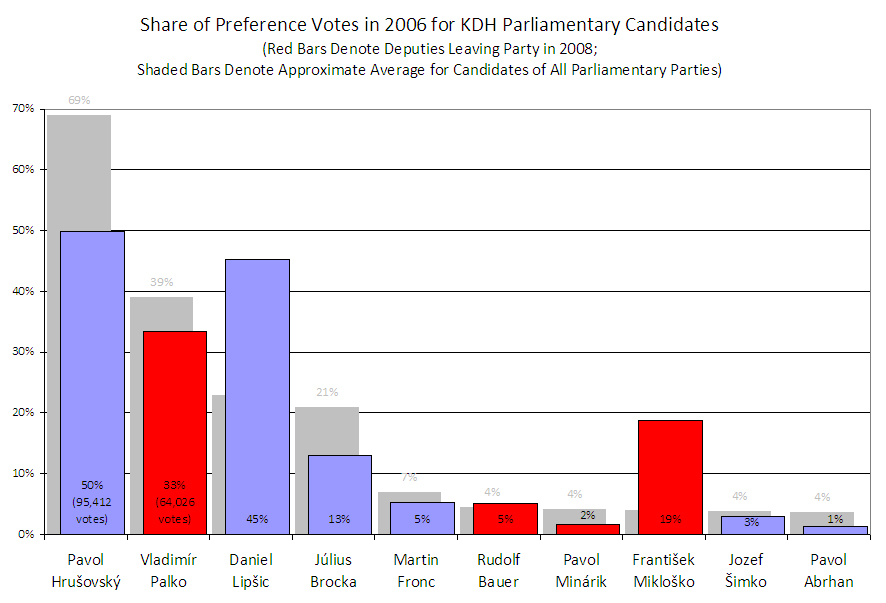 With the exception of Daniel Lipsic, that the KDH deputies who have not joined the departing four did tend to underperform (in terms of popularity) the deputies of other parties at similar ballot positions, particularly Hrusovsky. This is also true, however of two of the four departing candidates, particuarly Palko. Among the departing 4, only Miklosko demonstrated a popularity that was out of proportion with his position on the ballot, though this may have been the result of his under-placement there. In popularity terms, the outgoing four thus include 2 of the top 4, but their aggregate popularity would appear to be less than that of the two popular figures who remain (even as Hrusovsky underperformed and Lipsic overperformed). 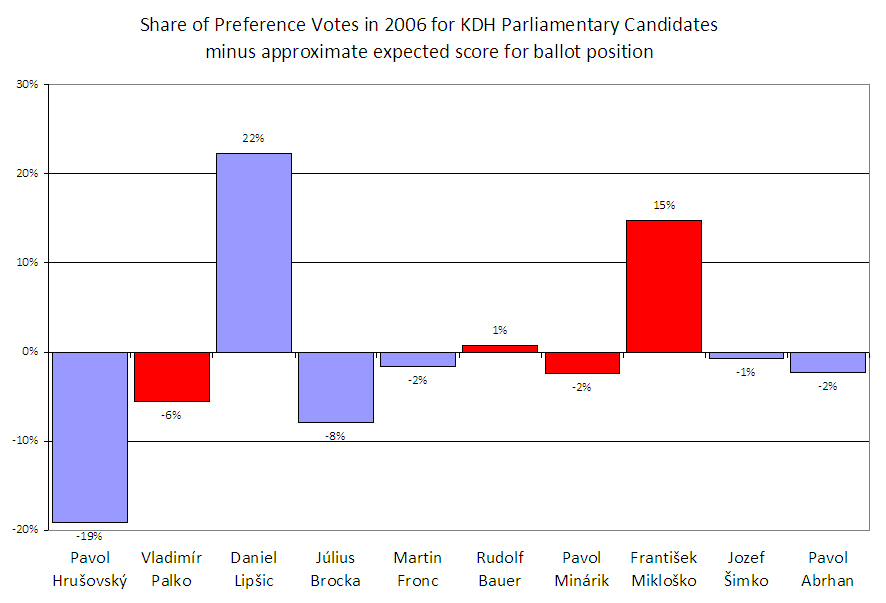 It is hard for me not to note here that the graphic presented by SME, while much more attractive, does not convey the same information, not only not placing the numbers in context (or even giving percentages) but not even allowing rapid comparison of where the departing deputies stood relative to those remaining (for more on this kind of visual analysis of statistical information, see http://junkcharts.typepad.com/and http://infosthetics.com/) 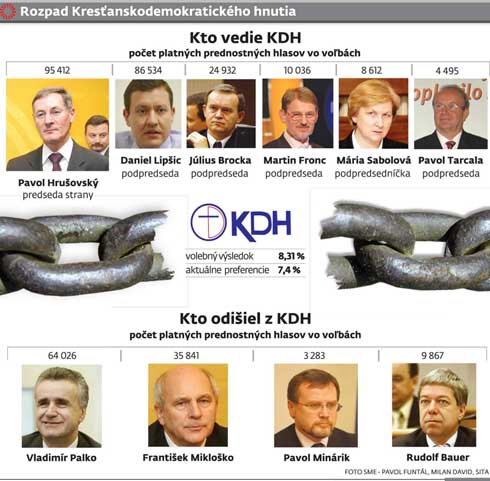