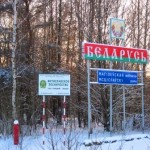 I returned from election observation in Belarus several days ago (via Tokyo, of all places, thanks to snow in Frankfurt) and wanted to share a few observations that struck me quite forcefully during the election period.  First, however, I should clarify that this is not a comment about the overall conduct of the election in Belarus.  As observers for the Organization for Security and Cooperation in Europe we promise–and for good reason–to leave public comments about the electoral process to the OSCE itself.  The OSCE’s report is online here and as with my previous OSCE trips I find that it corresponds remarkably closely to my own experiences. 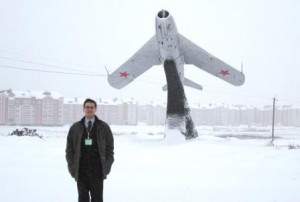 My own comments here have less to do with Belarus than with what my experience in Belarus says about conditions necessary for genuinely free and fair elections.  One of the best meditations of this question can be found in Andreas Schedler’s magnificent 2002 Journal of Democracy article, “The Menu of Manipulation” (posted here –one hopes with permission– by the Netherlands Institute for Multiparty Democracy).  Schedler suggests that there is an almost infinite variety of mechanisms by which those in power can artificially inflate their own vote totals:  they can artificially add supportive voters (carousel voting) or ballots (ballot-box stuffing); they can artificially subtract rival candidates (ballot or media restrictions, or divide et impera through paper candidates) or rival voters (voter list manipulation or voter intimidation), and, of course, they can simply change the numbers themselves at some point during or after the counting process (which Lukashenka, in what may have been an attempt at humor, claimed to have done in 2006 to bring down his margin of victory).  Although OSCE observers saw nearly all of these methods in Belarus in 2010, the main problems arose during the counting process. 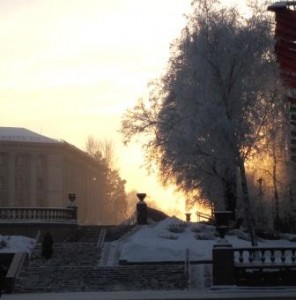 There is something striking about the counting process in Belarus.  The Ukrainian and Mozambican counts I have witnessed were loud and long and sometimes chaotic, but they produced a reliable result because many different voices contributed to the outcome, even in precincts where one candidate won over three-fourths of the votes.  In the Belarusian elections, by contrast the counting is quick and quiet, over almost before it starts.  This lets electoral observers come home earlier than usual, but they have to spend the rest of the night writing up reports.  In some things speed is a disadvantage; a fast vote count is about as useful as a fast clock.

So what to do?  External incentives may help those in power to allow a freer electoral process and a fair count, but in a place such as Belarus, the fast and unwatched count may be so habitual at the local level that anything but a change in the incentive structures of electoral management or direct monitoring from above may not be enough to change customary practice.  External observers can help, but their lightning checks are hardly enough to change anything (easier just to wait until they go away) and disregard for them has frequently manifested itself even during the counting process.

Does the presence of external observers do anything, then, other than generate data for reports?  Does it have any effect?  An interesting test of observers’ limits and capacities can be found in the OSCE’s unusual decision to post stationary observers who remained at the same polling place for three days of early voting.  My informal discussions with fellow observers suggest that many of those who did stay in the same place ended up building a degree of a rapport with the electoral committee of the polling place.  The rapport, in turn, seems to have resulted in more open and transparent processes–particularly during the vote count–than in those polling places where observers dropped in with little prior contact.  Having built up some degree of trust, the counters and observers were reluctant to wreck their tentative rapport and sought ways toward a mutually acceptable process.

But stationary observation is more a metaphor than a model.  There is neither the money nor the will (nor the tolerance of locals) to allow for the thousands of external observers it would take to build relationships in each polling station.  Only local observers can perform that role–and I have seen them do it with great skill and enthusiasm in Ukraine and Mozambique–but they too face limits.  While external observers may lack the relationships that could bring about a better process at the local level, but they are at least protected from political consequences of their observations.  Domestic observers, by contrast, have the necessary relationships but they may face power asymmetries that prevent them doing their jobs (or even from wanting to try).  In small communities with dense social networks, observers might be able to force a reasonable process, but they usually opt not do so because the costs of becoming involved in electoral antagonisms are higher than the benefits, especially where state-run organizations control the economic livelihoods of local residents.  There are greater chances for lasting effect in more anonymous urban communities where there are fewer social- and employment-related threats to prevent meaningful election day oversight.  The strong police effort in Minsk on election night may have been a way to send a message about the dangers of getting involved to those who faced fewer community constraints.

It is thus difficult for observers to have a direct effect on the conduct of local elections without a particular combination of connection and symmetry: the observers and the observed must have a relationship with one another, and both sides must have access to some form of power.  This combination is hard to maintain without a strong civil society or significant opposition parties that might plausibly gain control of regional or national governments.   The process of democratic competition thus contributes directly to the impartiality of local-level electoral administration, and the absence of one or the other can begin a vicious cycle that further grinds down both.  The dynamics of observer-observed relationships are just another reason for the cycle of gradual decline and sharp recovery exhibited by a number of postcommunist countries: since there is little opportunity for gradual improvement, things tend to get worse until something snaps yielding a new balance of power that may for a time restore a degree of fairness to the electoral process (as it appears to have done in Ukraine).

Belarus has not yet reached that point and I have found little compelling evidence that would allow a meaningful guess about when–or even if–it will.  As Timur Kuran pointed out nearly two decades ago in his “Now Out of Never” the answer lies in a hidden landscape of concealed preferences that we will only glimpse if change actually occurs. 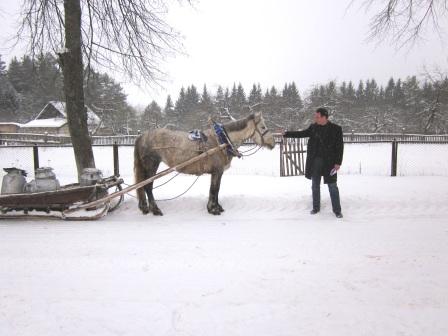