There is almost no circumstance that has not been covered first by Monty Python. Take for example the cricket coverage of Episode 20:

[Cut to fast bowler. He bowls the ball but the batsman makes no move whatsoever. The ball passes the off stump.]
Jim … and no shot at all. Extremely well not played there.
Peter Yes, beautifully not done anything about.
Brian A superb shot of no kind whatsoever

Yesterday most residents of Slovakia did nothing about the referendum on gay marriage, gay adoption and sex/euthanasia education and it failed quite badly as a result.

This is not much of a surprise.  As the graph shows, the citizens of Slovakia do not have a strong track record for voting in what they perceive to be minor elections, particularly the European Union, regional governments and referendums.  (Their turnout rates for national parliament, president and local elections are, by contrast, passable, at least from an American perspective, which isn’t saying too much. And turnout rates for all elections have remained quite stable for the last decade). 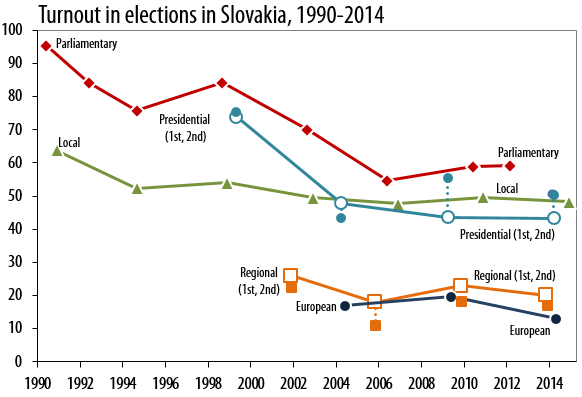 The turnout for referendums is traditionally not as low as for European elections but as the graph below shows, it has hovered between 20% and 30% (closer to 20) with three exceptions: the 1997 NATO referendum which was exceptionally low–because of allegations of ballot tampering (not just ordinary tampering but rather the omission of an entire question by the Ministry of the Interior), the 1998 privatization referendum which occurred at the same time as the 1998 parliamentary election (and still did not reach the magic participation point of 50% even though overall election turnout was in the 80’s) and the 2004 European union referendum (which just barely managed 50% turnout even though most government  and opposition figures supported it and the stakes were extremely high). Into this environment stepped Slovakia’s Alliance for the Family (Aliancia za rodinu) with a referendum proposal (four questions, reduced to three by the Constitutional Court) for which it gathered over 400,000 signatures (almost all of them ultimately found to be valid, yielding well in excess of the 350,000 minimum).  The politics of gay marriage and gay rights in Slovakia I will not get into here, nor will I attempt to speculate whether the organizers thought they could actually overcome the 50% referendum hurdle or merely saw this in as a way to gain attention, identify supporters and force leaders to commit themselves one way or another. 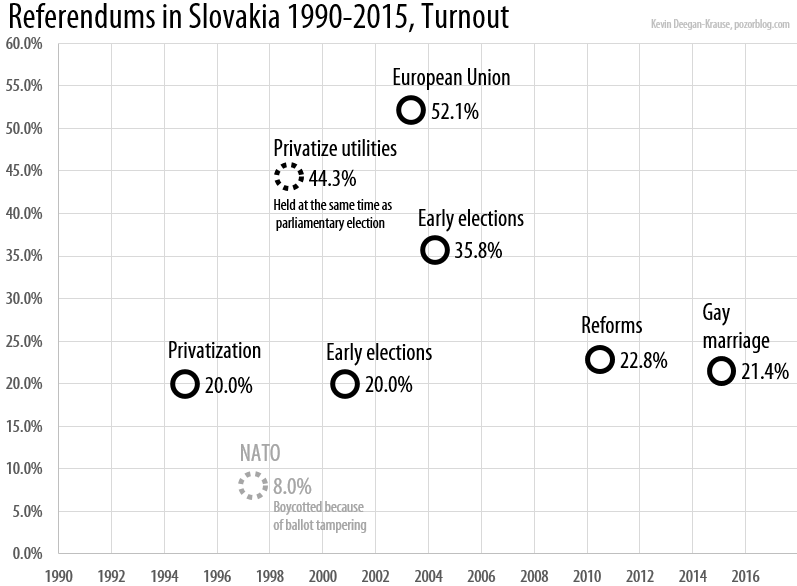 Combining the low turnout with the high levels of support yields tells us the total number willing to turn out to support the topics of the referendum.  In the case of the 2015 referendum, this ranged from 0.202 supporters per registered voter for the marriage question (7th highest of the 14 questions), 0.198 for adoption (9th highest), and 0.193 (10th highest) for sex education.  The overall share of total supporters per voter was quite similar to that of the 6 reform questions introduced by the party Freedom and Solidarity (SaS) in 2010, which ranged between 0.161 and 0.218.  In this case, however, it is not clear that the real number of active supporters is quite so low: by contrast to the reform referendum of 2010 and other referendum questions, the 2015 referendum had to contend with worse weather and also with some degree of apathy about turning out to vote for a core policy demand (forbidding gay marriage) that had already found its way into Slovakia’s constitutional law earlier in the year. 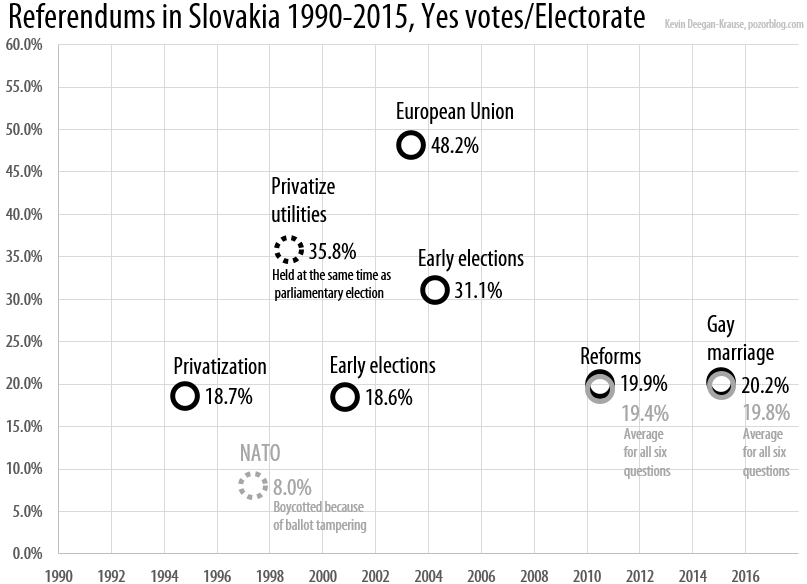 I find it useful to think about the turnout level in its geographical and temporal patterns as well.  As a battle of “turn-out” or “stay home” rather than “yes” versus “no, the spatial distribution of turnout may say more about regional support than does the actual vote margin.  The Slovak Statistical Office map shows a gentle gradient of support from highest levels in the north and east to much lower levels in the south and east, a near-perfect inversion of the 2001 census map (the only one I can easily find) of non-believers. 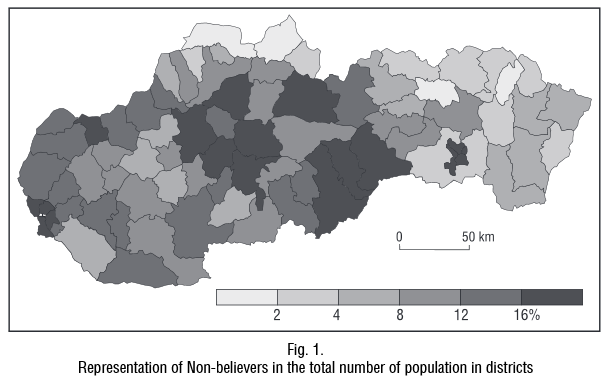 I took this opportunity to do something I’d never done before and compare levels of turnout by sub-regions and found some moderately surprising results:

Turnout patterns in the 2015 referendum most closely resemble the recent 2014 local elections and are quite different from those of the 2010 referendum–another turnout-based vote, but in this case one supported by the urban, secular SaS.  I haven’t taken time to dig any deeper, but I am struck at the correlation between that 2010 referendum, the 2012 parliamentary election, the 2014 European Parliament election and especially the 2014 presidential election.  This needs some more explanation.  I suspect that Vladimir Krivy would do it (or has done it already–I need to check.) 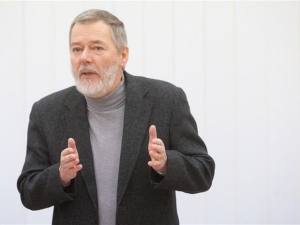 “The correlation is about this big.” (Vladimir Krivy knows all.)

Unlike the situation in Slovakia, a referendum forbidding gay marriage succeeded in 2013 in Croatia by a 2-to-1 margin with 38% turnout, but differences in strategy around the referendum law obscure a fairly high degree of underlying similarity.  Because Croatia does not have a minimum turnout requirement, opponents were forced to mobilize “no” voters rather than to encourage them to stay at home.  The resulting opposition boosted turnout above Slovakia’s levels, but not enough to sink the referendum.  The marginal turnout and significant-but-not-enormous share of “yes” voters meant that the clear win for Croatia’s referendum resulted from with only 24.96% of the total electorate, just 5 percentage points more than in Slovakia.  In a slightly different institutional environment, it is possible to imagine either of these referendums coming out quite differently.

Finally, a few haphazard notes about political parties and this referendum.  While it is nice to see that the Slovak National Party and the Party of the Hungarian Community have something in common, I am not sure that their shared support for this referendum is something that will bring them together on other issues or will lead to a more peaceful Slovakia.  I’m also not sure that this was the finest moment for many politicians except to the extent that it demonstrated their ability to dance around issues that they did not want to address directly (Question: “Are you voting for this referendum?” Answer: “I am voting in accord with my long personal history of supporting Slovaks and their families.” Question: “Yes, but…”  Answer: “Seeing that there are no other questions…”).  I have to admit being surprised by Radoslav Prochazka’s comment on the adoption question that “It is better for children to be in any household where people get along than in an orphange („podľa presvedčenia, že deťom je lepšie v akejkoľvek domácnosti, kde sa ľudia majú radi, ako v detskom domove“).  On a personal level–a place I have not usually gone with this blog–I would only prefer that he could have stopped at “along” and acknowledge the absolute rather than the relative value of a loving home, regardless of parents’ genders.

“Daddy, why is that man following us?”