I’m rather proud of the graph I did in 2006 that traced the trendline of HZDS representation in parliament and extended it to 2010…where it crossed the X-axis precisely around June.  I can’t exactly do the same thing this year since extrapolating it t0 2014 out puts HZDS at negative fifteen seats.  But as I was looking at the party’s website the other day I noticed something about its logo that I have never seen before, resemblance to a game I played avidly as a child and one that in the right circumstances, fits perfectly the fortunes of this party.  Do children in Slovakia play Chutes and Ladders or Snakes and Ladders, as my UK colleagues call it–or would if we ever had occasion to talk about it (Kĺzačky/Hady a rebríky)?  If they don’t, they should start now with this version: 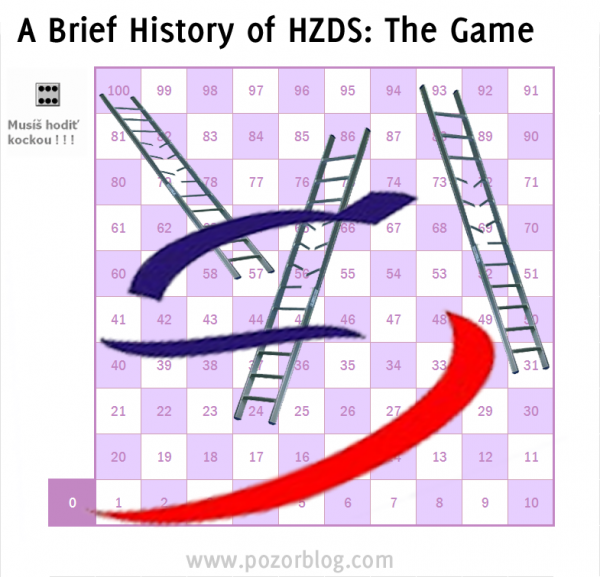