Amid constant news of contraction and decline this week, there is (slightly old) news of yet another small but significant expansion: machine translation to and from Slovak.   Machine translation is old news these days (though it is no less remarkable for our acceptance of it) and is no panacea (it is still bad enough that without a basic understanding of the language it is easy to be deeply confused or seriously misled), but it is nice to see Slovak make the list of Google Translate languages.

For this blog it makes little difference–the population of those who are interested in what goes on here but cannot read English is infinitesimal–but it is nice to be able to make the gesture and all subsequent posts here will include a link like the one below allowing automatic translation.

I hope in future to go one step further and install a plugin that makes that process even easier.

It has occurred to me that it might be useful for me (and maybe for others) to keep track of articles in the Slovak press that are interesting or in some way provocative and that the easiest way to do this through the social-bookmarking service called del.icio.us

I’ve therefore begun to use the tag ‘pozorblog’ in del.icio.us and all the articles with that tag are listed on a specific page:

Thanks to del.icio.us this has its own RSS feed so anybody so obsessed can keep track of postings in this area. We shall see if this experiment goes anywhere.

This week’s discovery presents the perfect opportunity to express my ongoing gratitude to my dissertation adviser, A. James McAdams.

Among the many other ways in which he has shaped my work, Jim sent me off to my first year of fieldwork in 1993 with one of the most productive tools in my research I have ever encountered: a question. “When you get home at night,” he suggested, “write just a few sentences on the question, “What surprised me today.”

In other words, what did I encounter that I did not expect? What looked different than I would have guessed? What did not fit the model? I have not done this as regularly as I would have liked, but it is a question that has consistently called me to look for the holes in my models, the limits of my understanding, the places where I see what I want to see and disregard the rest. That’s where the interesting stories emerge. And if I cannot think of something that answers the question, then I know I am doing something wrong, because I am blinded by my almost assuredly limited, if not utterly wrong, presuppositions.

I was delighted this week, therefore, to encounter something that made my job all-too-easy. While walking through the Slovak town of Samorin I passed an attractive park with a stone walk and a series of stone plinths, on each of which was a bronze bas relief of a human face. 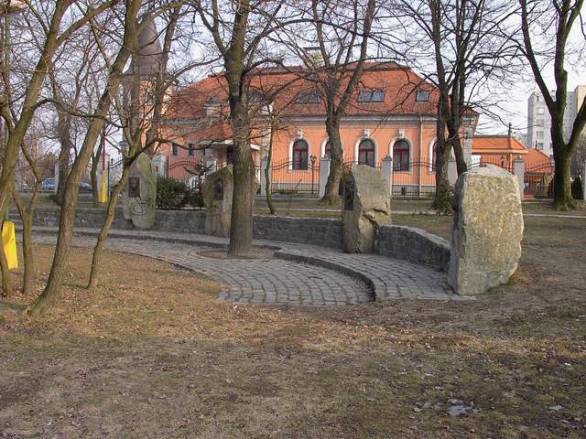 This is the kind of thing I am always curious about. What I expected was plaques of obscure (to me) local figures from the communist era (national-level figures such as Husak or Jakes would probably not have survived past 1990), or perhaps, given the ethnic composition of the region, even figures from 19th century Hungarian history (with signs that these replaced had earlier plaques of Husak and Jakes). What I did not expect were these figures: 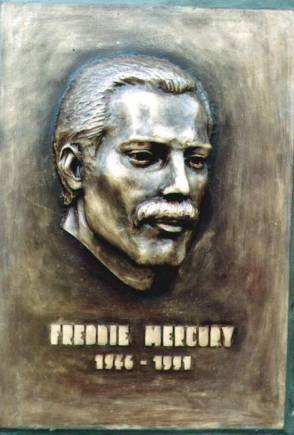 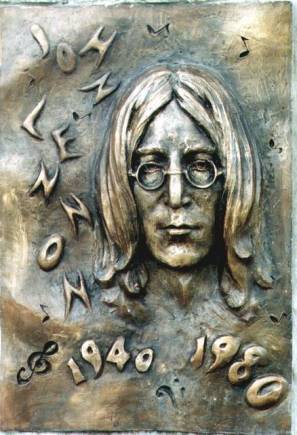 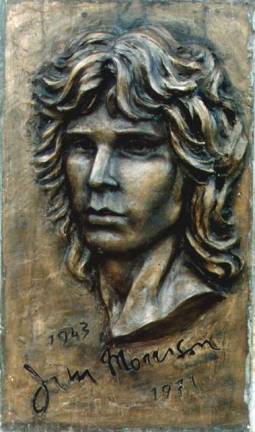 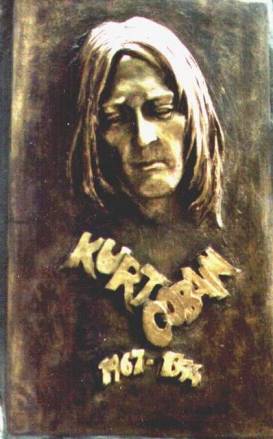 Freddie Mercury, John Lennon, Jim Morrison and Curt Cobain. Not pictured here–because they are unfortunately not yet on the park’s website–are additional plinths dedicated to Jimi Hendrix and Bon Scott. The website explains that the plinths and plaques were erected by a civic group called “Immortal” founded in 1992 to “provide financial aid to anti AIDS and drug publications, moreover we help financially and provide concert opportunities to the beginner local and regional bands.” The Slovak Spectator has a bit more information here.

So having found my surprise, I must wonder what to make of it. As a student of politics, I am paradoxically delighted to see an emphasis on the non-political. While more than a few fights have erupted over musical taste (see below), the choice of rock stars here does not have same potentially divisive character as a set of political representations, and so it is good to see. (It is reminiscent of a comment by a Czech friend who pointed out how much simpler life would had been if local mayors had insisted on streets named after trees and flowers instead of political figures. Between 1918 and 1992 the name of street of my institute in Plzen changed from Franz Josef, to Woodrow Wilson, to Hermann Goering, to Victory, to Stalin, to Moscow, to Svoboda, back to Moscow, and finally to America).

And yet, politics remains an issue, particularly when it involves rival ethnic groups. The same group that built the music park–Immortal–also lists among its activities the creation of a statue of (Hungarian) King Istvan. There is no lack of ethnic symbolism in such a choice and no absence of politics. The issue of ethnicity does not go away, even though members of ethnic communities may sometimes actively focus on uniting rather than dividing. Through the work of Immortal in Samorin, “Imagine” meets “We Are The Champions” in more ways than one. 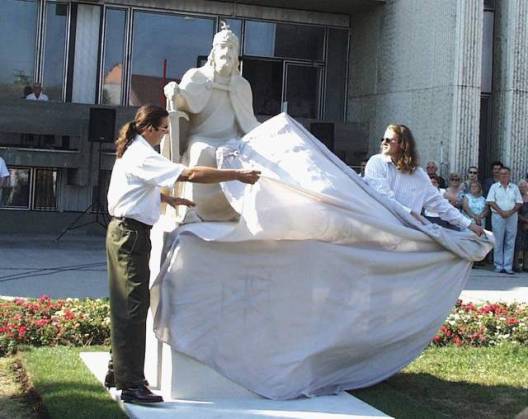 Finally, as a postscript, there is the question of music, about which I have no expertise but lots of opinions. The recent elevation of Bon Scott of AC/DC raises questions about the current direction of the foundation. Its members does not appear to have rejected candidates on the basis of lifestyle or cause of death. The only common denominators appear to be “rock star” and “died young” and so it is rather a shock that Scott precedes Bob Marley and Keith Moon and a variety of others. Unfortunately the current trend points instead toward Jeff Pocaro of Toto and Steve Clark of Def Leppard. Fortunately this may lead at long last to memorials for the deceased drummers of Spinal Tap (if they can find enough room in the park).