Editor’s note:  For the first time on this blog I welcome a guest blogger, and there is no better way to start than with Sean Hanley of University College London, School of Slavonic and East European Studies, Centre for the Study of Central Europe.  It is Sean’s Blog, http://drseansdiary.blogspot.com/that made me realize how useful blogs were for academic communication and gave me the inspiration to take mine much more seriously.  Sean writes: 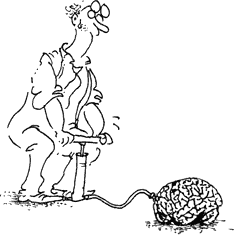 “I think that we are seeing the rise of new parties – and actually if you track other things including the world of Czech extra-parliamentary parties there is a clear ‘below the radar’ trend that has been underway for several years. I tend to see the challengers as still very much (as they have always been) on the centre-right.  On the left the challenges are not so serious. SPO(Z)  given their current inability to go beyond 3% in the polls, are not, and I think will not become, a serious challenger to CSSD as TOP09 and VV are for ODS and KDU. Crucially, SPO(Z) lack the element of novelty.  Suverenita, if they could get the resources and pick up the political momentum needed for lift off, would be a better bet for real a centre-left populist breakthrough: populist message, well known leader, element of novelty including having a female leader (Veci verejne have also traded on the same formula and have done well despite being led by the bluff Radek John).  On the other hand, this type of formula was tried in 2006 by Zelezny and the Indepedent Democrats and flopped. There is also the possibility of a recurrence of the 1999-2002 surge of KSCM, but I wonder about how likely that would be to repeat since KSCM lacks the broad appeal and tactical flexibility to capitalise on such opportunities.

It would be interesting to compile a dashboard window for support for non-parliamentary parties (including TOP09, which has not made it independently into parliament) to see what trends there are As regards, disillusionment/new party cycles, I would be a little cautious about the viewing this as a very general model to which the CR — after an odd and exceptional period of historically conditioned party system stability — will tend gravitate.  An underlying question is the nature of the disillusionment cycles and demand for new parties and specifically whether there is a certain cyclical/fixed background layer of frustration with established parties held in check by diminishing stock of organizational and political robustness or whether we are seeing eruptions of discontent, which fit with some longer term unfolding pattern linked to social change or the changing nature of reform politics in the region.

To return to the short term the election looks to be shaping up for the predicted battering for ODS and Pyrrhic victory for CSSD.  It will be interesting to see if Klaus blocks a minority CSSD government as promised to avoiding a CSSD-KSCM entente, although if KDU-CSL make it into parliament (and their apparent loss of all but their core support has the positive electoral implication that such voters will tend to turn out, whereas I think TOP09 and VV might poll less than polls suggest) it could leave us again with the familiar deadlocked situation. Grand Coalition anyone?”

Sean makes his electoral predictions on his blog today!  Check it out: http://drseansdiary.blogspot.com/2010/05/czech-elections-more-new-old-politics.html#links

Tomorrow: guest blogging from Tim Haughton of the University of Birmingham