Another quick and ugly post from vacation (thanks to my family for tolerating my obsession even as we drive from city to city to visit loved ones).  I wanted briefly to put the 2010 Czech election into the context of the Czech party system over time (the next quick and ugly will, I hope, put it into broader regional perspective, if Josh Tucker of the Monkey Cage doesn’t do it first.

For now, all I wanted to do was to post a few pictures about what the most recent elections say in raw quantitative terms about the Czech party system circa 2010.

The big news is that thanks to this election cycle the Czech Republic’s party system looks significantly different today than it did ten years ago (indeed it is closer to 1992 or 1996) and signs are that the current changes will presage more change (or, to put it in a different and more awkward way, a period of stable change as opposed to stable stability)

Let’s start with the number of parties: 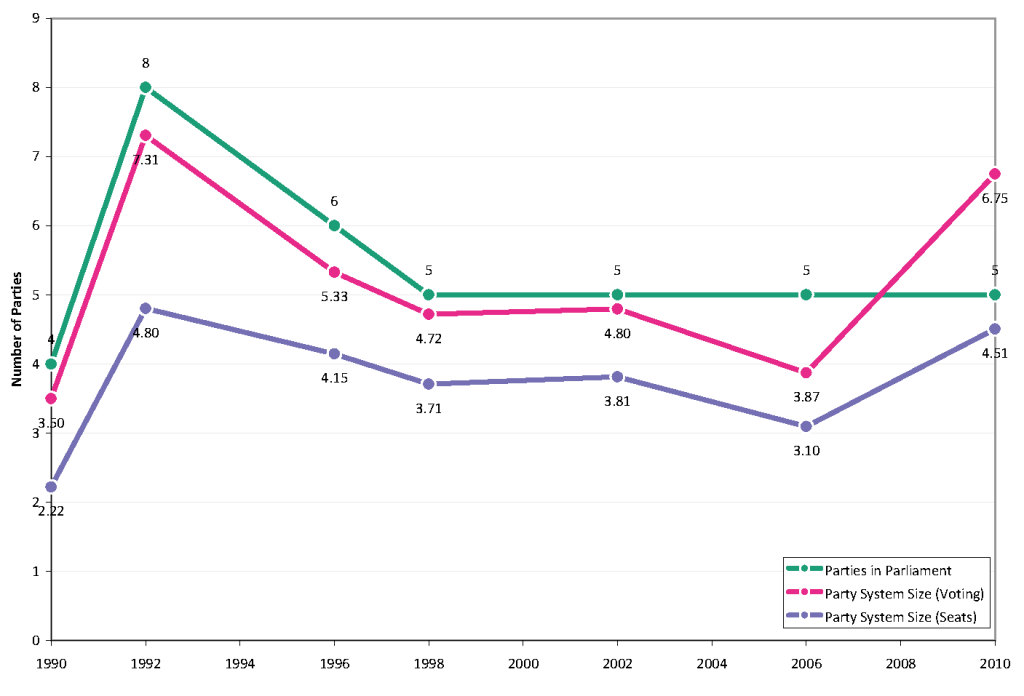 While the actual number of parties in parliament (the green line) did not change from last election to this one other measures suggest a substantially increased number of parties.  The red and blue lines show calculations of party system size based on Taagipera and Laakso’s method which show more significant parties in the voting than any time since 1992 and more even distribution of seats in parliament since 1992 as well (and it actually comes quite close to reaching 1992 levels.

The second major difference is in volatility–the number of seats changing hands from one election to the next.  This is actually quite a complicated question because it depends on how we consider succession from one party to the next, but in this election in the Czech Republic the lines of succession are fairly clear (not so in previous elections).  Without going into too much detail, volatility in Czech elections looks like this: 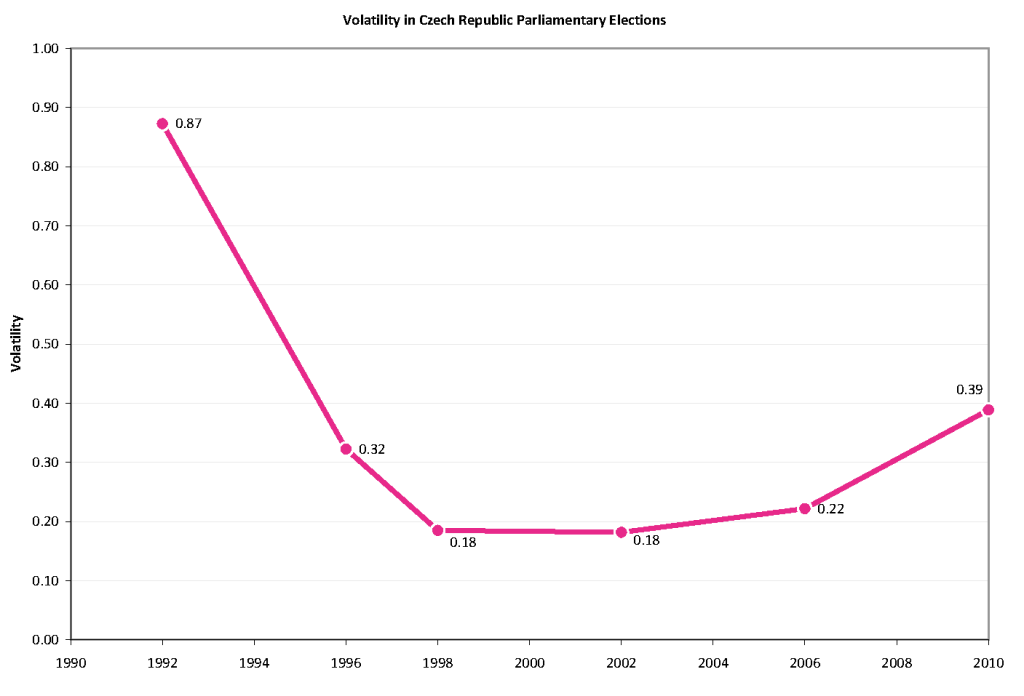 While not approaching 1990-1992 levels (and there is a good argument that even 1990-1992 was not that high), this is the highest volatility the Czech Republic has seen since, with only 61% of seats remaining in the hands of parties that held them before the election.  (As I will try to discuss tomorrow, while this is unusual for the Czech Republic it actually brings it more within the “normal” range for Central and Eastern Europe.)

This shift is even more interesting because of the nature of the volatility.   Both Tucker and Powell and Mainwaring et al have done fantastic work in the past two years distinguishing between types of volatility and suggesting that it makes a difference if the shift is between parties already in parliament or between parties in parliament and new parties.  I do not have time to recreate the calculations of the authors above, but there is another method for displaying it that is perhaps even more provocative.  The graph below shows the share of vote going to parties depending on when they first appeared on the ballot (more or less corresponding to when they were created): 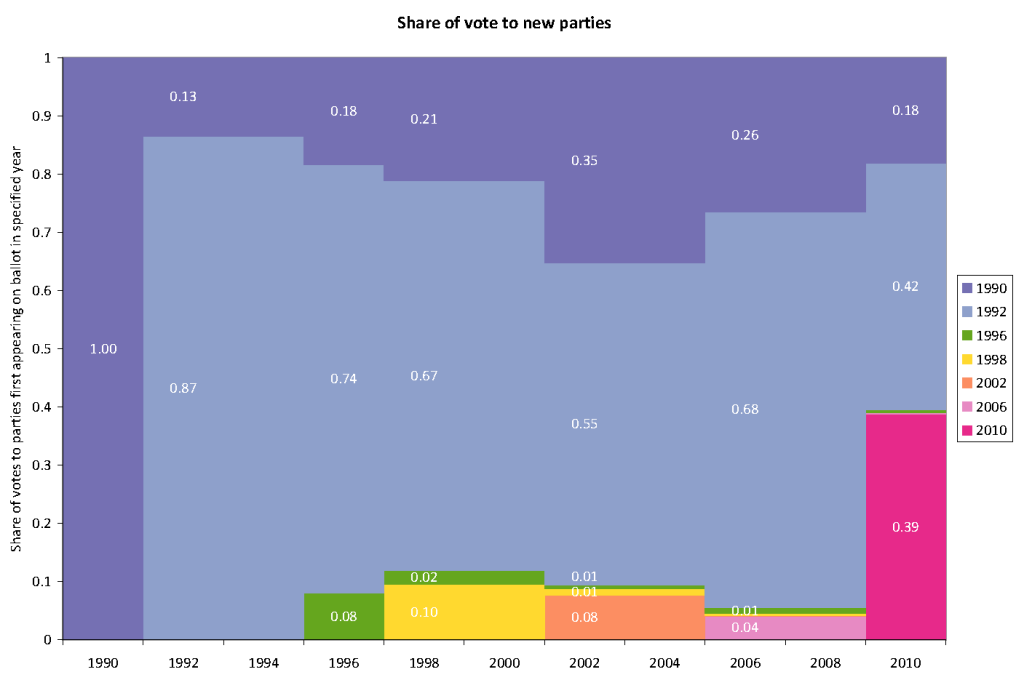 What this graph says to me is two things: