I was intrigued to see stories about a recent Fico appearance, particularly one in HNOnline entitled, “Fico: There is an artificially created impression that every politician is a thief.” 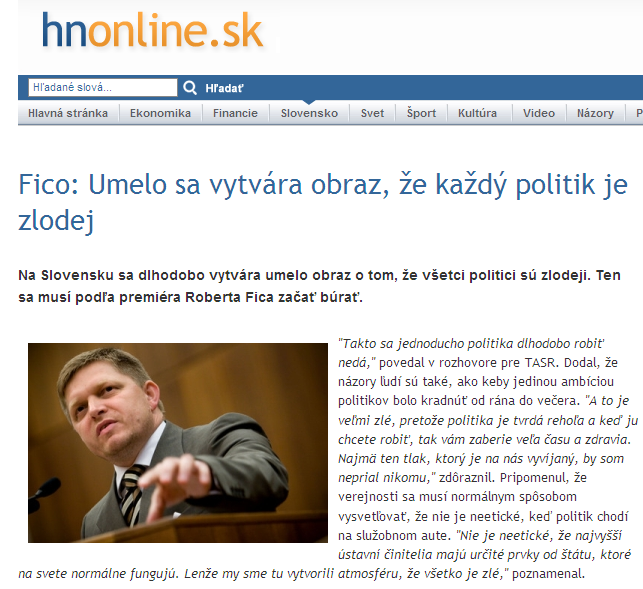 How did that impression get created?  I have a partial theory: 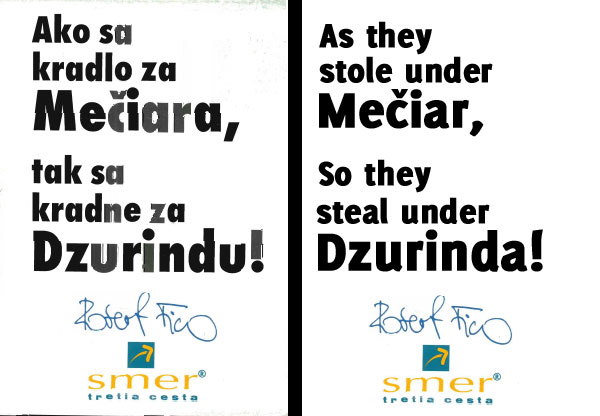 The points Fico raises in the article are not at all inappropriate:  Politics is hard work and the “perks” of politics in many cases only amount to an amelioration of difficult working conditions (being a good politician–as Fico is–is probably easier than working in a mine, but the hours are long and the demands and stresses are extremely high).  As a political figure who does not appear to be using the office for personal financial gain, Fico must be particularly incensed.  Yet he did not shy away from such attacks while he was attempting to gain power and he must bear some of the responsibility for his own difficult circumstances.

The broader issue here is the question of corruption in the electoral politics of postcommunist countries (and elsewhere as well).  When corruption levels are high (or are perceived as high), corruption becomes an issue in itself and becomes for ambitious politicians to gain support (especially ambitious politicians who have not engaged in obvious corruption themselves).  This is often a pyrrhic victory, however, since success puts those same leaders in the sights of their own weapons: even if they stay clean, their associates may succumb to the temptation, and even if they do not, it is often difficult to persuade voters that the new boss is any different from the old boss, especially when they ride around in the same dark, powerful sedans.  And it is not suprising that Fico, even at the top of his electoral game, feels pressure from precisely the sense of cynicism toward elected officials that he participated in creating, the same sense that allegedly produced somebody to amend the above-mentioned Fico billboard to read “…and so they will also steal under me”

For more on the famous (in Slovakia) Fico advertisement, see:

For more on the dynamics of anti-corruption campaining, see: